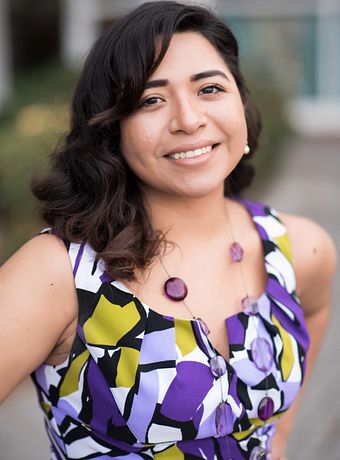 “Immigration allows for people from all over the world to come together. Change and advancement on a global scale can only take place when people from different backgrounds and cultures merge ideas and perspectives. The need for immigration has never been greater than today.”

Get to Know: Jessica Batzel

Jessica Batzel is a Family Immigration Paralegal at Bashyam Global LLP. She attended Saint Augustine’s University where she obtained a Bachelor of Arts degree in Psychology and minored in English.

Jessica immigrated from Michoacán, Mexico to the United States with her family at the age of two. Her parents decided to remain in the country permanently to provide a better future for their family. She was able to take advantage of academic opportunities in the United States and was able to attend college while being undocumented. In 2013, she benefited from the DACA (Deferred Action for Childhood Arrivals) policy, which provided much relief as she could drive and work lawfully. Currently, she is a lawful permanent resident and is excited to become a United States Citizen once eligible. She stated, “Becoming a permanent resident was great, but watching my parents, the people who sacrificed so much for my brothers and I, become permanent residents was surreal.”

Jessica has always been passionate about helping others but decided to channel her time and energy on helping immigrants, greatly influenced by her journey. She began working at Bashyam Global LLP as administrative assistant/receptionist and was promoted to family immigration paralegal. She enjoys being able to work intimately with clients and making a difference in people’s lives. Jessica is glad to be able to work alongside dedicated and compassionate people that know how to work hard and play hard!

In her free time, Jessica enjoys nerding out and spending time with her family. She is a fan of anime and superheroes. One of Jessica’s guilty pleasures is attending conventions where she and her friends cosplay as their favorite characters. Her all-time favorite superhero is Groot!