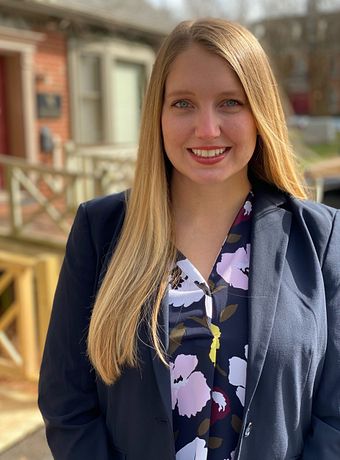 “Immigrants are a valuable part of American culture, bringing their skills and cultures to all facets of our society. Our immigration system is intimidating, and I am proud to serve as an approachable and reliable ally in helping our clients on their journeys.”

Haley earned a Bachelor’s of Arts in Spanish for International Services with a minor in Latin American Studies from The Catholic University of America in Washington, D.C. While in her junior year at Catholic, Haley spent a semester studying abroad in Buenos Aires, Argentina, during which time she strengthened her Spanish. During her senior year, she interned with National Council of La Raza (now UnidosUS), where she worked in policy and advocacy for Hispanics in several areas including civil rights, immigration, labor, housing, and health.

Haley attended the University of Dayton School of Law, where she was the recipient of two CALI Excellence for the Future Awards: one in Legislation and one for the work she completed in her Externship Program. Haley completed her Externship in Washington, D.C., where she again served as an advocate for changes in immigration policy on Capitol Hill. Outside of the classroom, Haley was a member of the Volunteer Student Law Project, working with local attorneys to provide legal and nonlegal services throughout the Dayton area. She was also a member of the International Law Society and Human Rights Awareness & Advocacy Group.

In her free time, Haley enjoys serving as an ESL tutor in her local community, something she has done since her college days. She also loves spending time outdoors, watching sports, reading the newest mystery novels and indulging in true crime podcasts.